We have paid millions in taxes for stormwater prevention yet no money is being spent on our area. Please call the Mayor and McCrory Coates (head of City’s Stormwater) at 259-5966 and demand that Biltmore Village be added to this year’s stormwater budget! 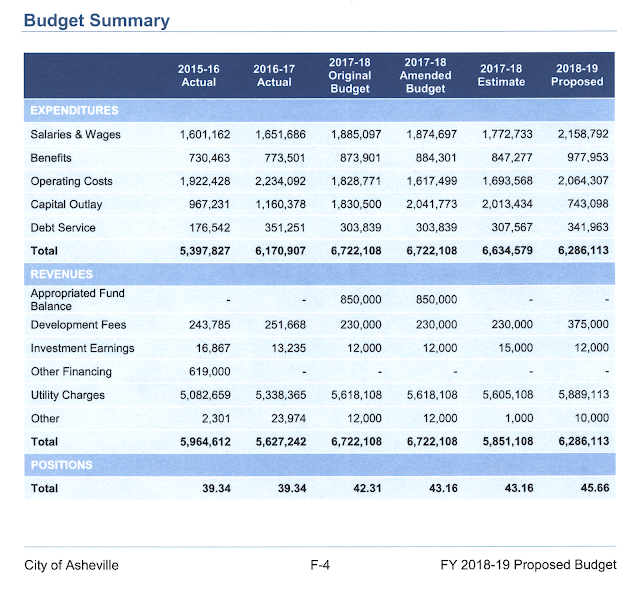 City of Asheville is in the final stages of approving the 2018-2019 budget which includes a 2.5% payroll increase.

As part of last year's budget (2017-2018), $500,000 was set aside to be issued in February 2018 to make "salary adjustments for employee's who's salaries were not commensurate with market rates" according to the City of Asheville Public Records request employee.

We requested the list of who was received the additional $500,000, their name, title, payroll and the new, adjusted payroll. We received the following list which reports HOURLY rates unless otherwise noted.

Of note, two of the police officers involved in the Rush video beating received payroll increases.

As reference to the funding pool, please refer to the City of Asheville adopted budget 2017-2018 as follows:

The City initiative to right-size staff continues. High turnover has placed increasing burdens on staff. Turnover in some professional positions has reached 30%, and ongoing turnover in the Police Department continues to drive high overtime costs and employee burnout, in turn driving turnover and creating an unhealthy cycle. The Human Resources Department is working with departments facing turnover challenges to review positions and evaluate total compensation against benchmarks. Included in the base budget is an across-the-board increase of 2.5% for all employees. This increase will be implemented during the pay period beginning on July 1, 2017. An additional funding pool has been allocated to address the turnover issues and to provide for a cost of labor adjustment in February 2018. This pool will allow the City to adjust the compensation plan salary range minimums and maximums, based on 2017 cost of labor indices.” 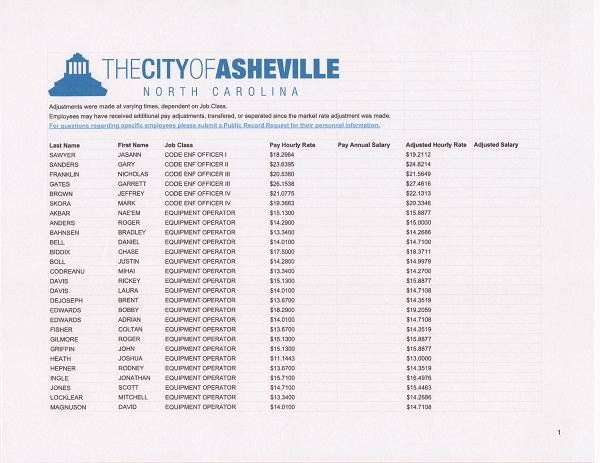 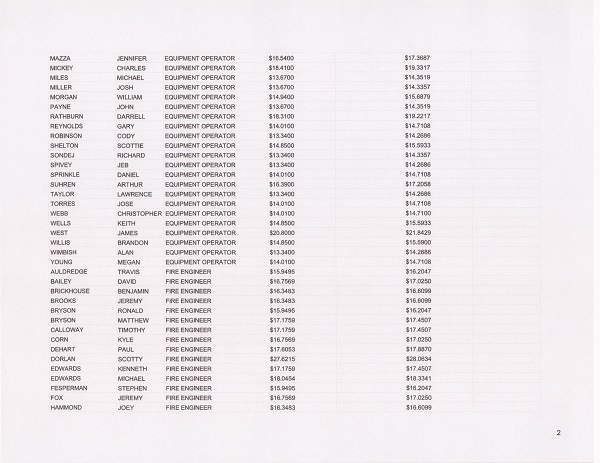 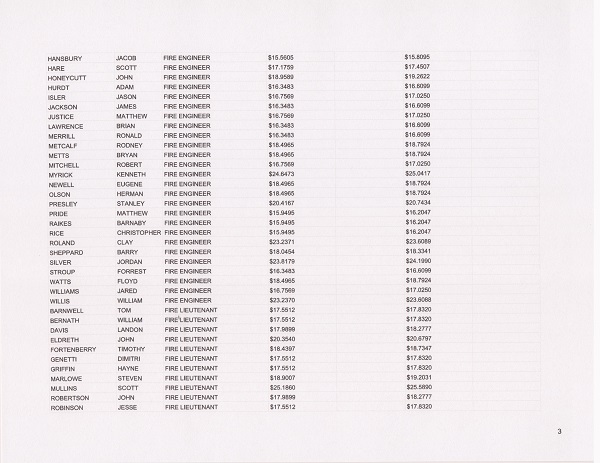 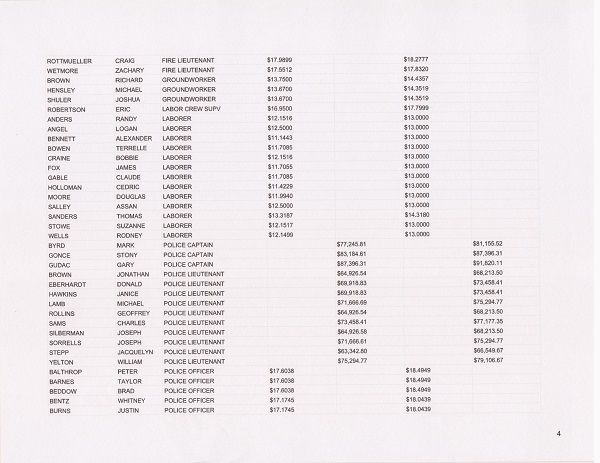 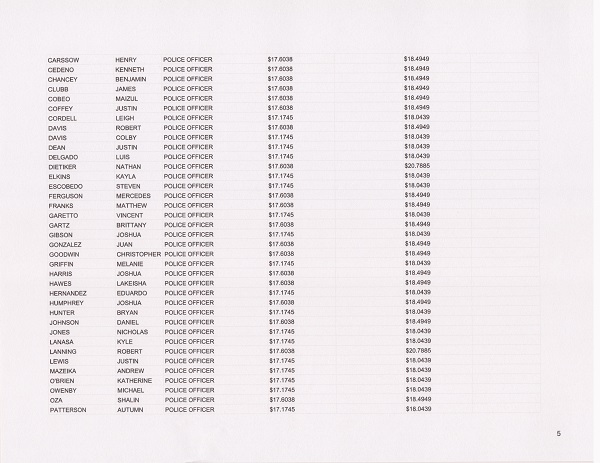 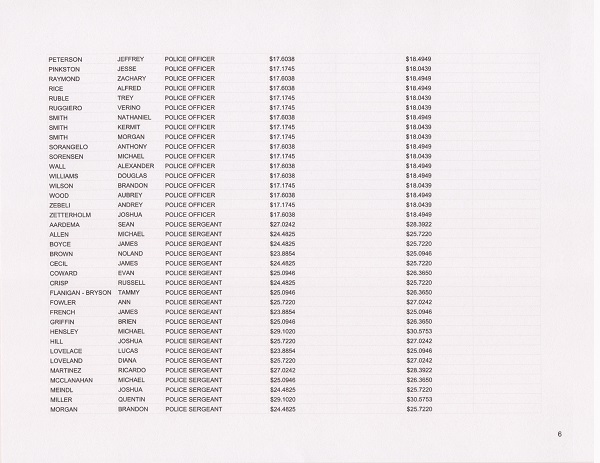 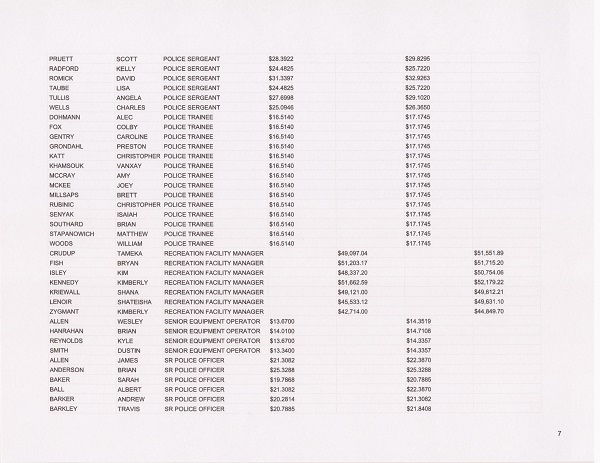 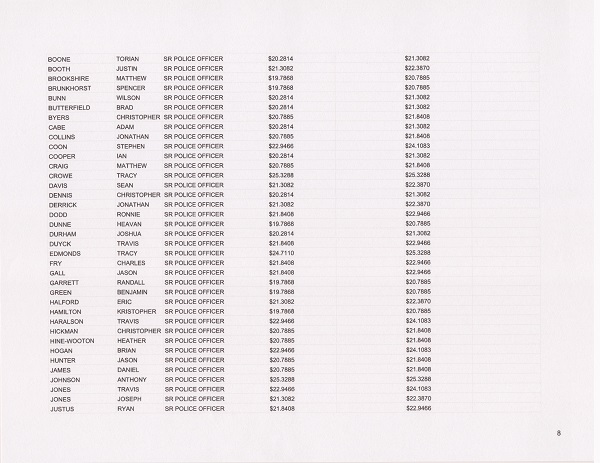 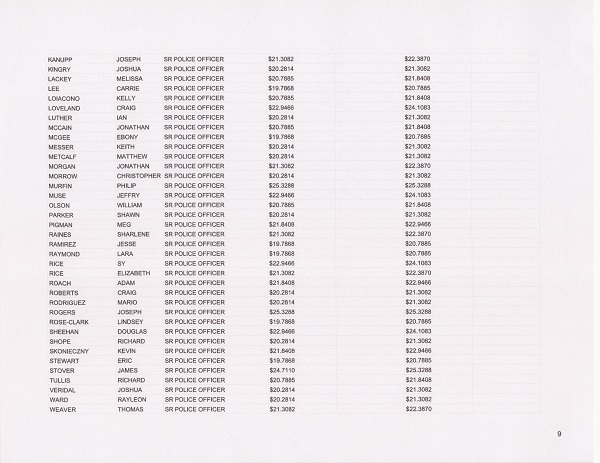 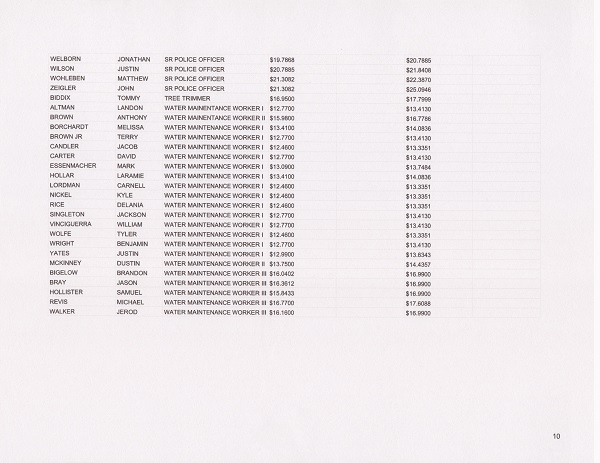 at May 29, 2018
Email ThisBlogThis!Share to TwitterShare to FacebookShare to Pinterest
Labels: City of Asheville Budget, Salaries

"The Defendant stipulates that it is required to use the proceeds derived from the
sale of the general obligation bonds issued pursuant to the City of Asheville’s November 8, 2016 Referendum to pay capital costs (as determined under N.C. Gen. Stat. 159-48(h)) of projects consistent with the transportation, parks and reci‘eation, and housing purposes set forth in the bond ballots and authorized by the voters, and as otherwise required by law. The City further stipulates that it will likewise comply with the applicable provisions of The Local Government Budget and Fiscal Control Act codified at N.C. Gen. Stat. 159-7, et. seq."

Click this link to read the entire Executed Settlement Agreement

To read the full description about the Plaintiff's Offer to Settle, read our prior blog post:

What's Next?
It is up to City taxpayers to keep your City accountable!

OFFER MADE TO SETTLE THE $74 MILLION BOND REFERENDA LAWSUIT

Offer to Settle
Chris Peterson and Sidney Bach have offered to settle and dismiss their taxpayers' lawsuit filed December 2016 against the City's proposed bond borrowing of $74 million that would have to be guaranteed by City property taxes. As part of the agreement that would be filed into the Court record, the City is being requested to stipulate and agree that it will comply with the NC "Local Government Budget and Fiscal Control Act" which would restrict the City's use the monies from any of the bonds issued to pay only for those capital improvement projects specified in the November 2016 bond referenda and for no  other purposes whatsoever. The City would also have to establish and maintain a separate "debt fund" to in order to account for the bond funds raised and how they are spent.

Bond Use
In the past, City management with Council approval has allowed City taxpayer fund to be liberally transferred from one budgeted purpose to another without any question or accountability, all while increasing City Hall bureaucracy and operational costs by millions and millions of dollars. (Last year Peterson, a former City Council member, was escorted out of a City Council meeting after accusing the City administration and the City Council of running a "Ponzi scheme" on the backs of Asheville's taxpayers.)

Covering City Debt
Peterson and Bach, both Asheville residents and property taxpayers, believed that the City's voters had been unwittingly "led down the primrose path" by former City Manager, Gary Jackson with help from the City Council to buy a $74 million "Trojan Horse" that, in reality, would provide funding for the added millions of dollars in the City's bloated operating expenses. In short, an irresponsible local government"spending-spree" that was being threatened by a looming debt crisis caused by a City administration's uncontrolled "Champagne appetite on a beer budget."

Asheville's financial crisis finally surfaced and "raised its ugly head" at the recent City Council meeting on March 20, 2018 when its Chief Financial Officer, Barbara Whitehorn warned the Council of the City's current budget shortfall that is already many millions in the red. She indicated that the current City deficit will only worsen as City expenditures continue to exceed City income and that such a negative financial scenario would likely prevent the City from issuing any bonds, be they the
November 2016 Referenda bonds or any others. In spite of these dire warnings,the City Council members appeared to be oblivious to their own finance officer's dire warnings as they continued to discuss possible financing for their various "special projects" and "wish lists" .....not too unlike the Roman emperor Nero who is rumored to have "fiddled while Rome was burning ?

Peterson and Bach said that, with interest rates on the rise, they believed it would be in the taxpayers' best interests to attempt to resolve the lawsuit at this time in order to avoid increased property taxes that would be required to meet higher interest payments on the proposed bonds if and when issued by the City.

However, they still believe that the language used by the City on the bond referenda ballots was misleading because it only stated that additional property taxes "may" be levied to pay for interest and principal due on the bond issues even though the City Council's Bond Order Resolution clearly stated that additional property taxes "shall" be levied to pay for the bonds.

"O, What a tangled web we weave when first we practice to deceive."

"Low hanging fruit has all been picked" - Barbara Whitehorn, CFO, City of Asheville


"The challenge lies in balancing the budget when the "low hanging fruit" has all been picked."


And with that warning, the City kicks off this year's budget worksessions with the first session being held Tuesday, March 20th at 2pm. Why such a negative start? Because this year's budget has a deficit of almost $6 million, about 4 times the usual 1.5 million deficit.

"In total, the normal operating gap of about $1.5 million, combined with the unfunded and/or under-funded enhancements drives the $5.9 million budget gap"

Rose colored glasses
Why this warning when everything seemed so rosy last year? The City has seen unprecedented growth, an average of 30% higher property tax revaluations, continuously increasing fees and charges for stormwater, parking, building permits, and more.


"In the absence of new revenue, adding programs or projects to the operating budget requires an offsetting reduction which will require service reductions."

In other words folks, you gotta cut something before you can add something.

The Cause
According to the March 20th report the City implemented programs and projects last year for which it did NOT have full-year funding for and instead decided to kick that can down the road and address it in this year's budget.

Here's some of what is causing the problem:

What is the City's low hanging fruit?
In year's past the deficit is usually around 1.5 million.  The City is used to that and will then begin to identify efficiencies and savings.  Apparently, the City's budget department has exhausted all those efforts in this year's plan and is asking Council to go beyond the "easy effort" and make harder decisions.

Not mentioned but also contributing to the issue:
The City's 5 year capital improvement project budget has gone from $53 million to almost $200 million in FOUR short years. Much of those projects have been partially funded through City general funds and by debt for which the City will be paying for more than 30 years.

Remember RADTIP: And of course, there's RADTIP, the City's boondoggle on the River.  Just one week after last year's budget passed it was announced that the City was short $26 million - the shortage causing shock and awe by the City Council.

Cuts, changes or pretext?
Last year the "Million Dollar for the People" campaign began during the budget worksessions as Council struggled to find ways to cut the 1.5 million deficit.  In the end, a little was cut from each department while preserving certain additions such as the transit extension and money for APD. This year the City has to address a $6 million deficit.  What will it cut or is this simply pretext leading to a property tax rate increase on property owners?

at March 19, 2018
Email ThisBlogThis!Share to TwitterShare to FacebookShare to Pinterest
Labels: City of Asheville Budget

The City of Asheville held a community meeting Tuesday, March 6, 2018 to discuss the events surrounding the leaked video of the Asheville Police officer use of force against a jaywalker which was made public February 28, 2018.  Hundreds attended the event while it was also live streamed by local newstation, WLOS.  Since then the leaking of the video and the live stream community event, there have been numerous reactions across the community and nationally.

Here's a roundup of the events, reactions, questions and concerns so far:

APD were asked by City Council to take action against jaywalkers
Chad Nesbitt and reporter for Leicester Leader raises the issue that the APD were requested by Council and the Mayor back in 2014 to start taking action against jaywalkers due to the high number of pedestrian accidents in the City.  You can see the post below.  Does this justify the actions? Has the APD equally enforced this law? How many citations has it written for this?


Although City Police Chief has offered to resign if that's what the community wants, others feel that the City Manager, Gary Jackson, City Mayor Esther Manheimer, and the ADP Supervisor should also resign.   Some comments were wondering why Rush stayed quiet for so long.

You can read the City Letter written and distributed by former councilman, Chris Peterson, on this website and the reactions there:

On the NextDoor community app, members also chimed in to the question posted, "Should the Mayor and Police Chief step down for the continued excuses? What does the community think and/or feel about the situation?"  Reactions went both ways with some saying the community shouldn't judge yet without all the details while others say the details have been released.


Release of information - proper or improper? What are the boundaries?


Public but private personal information
March 8, 2018 - Joel Burgess, The Citizen-Times reporter who initially released the video incident also was at the jail when APD officer Chris Hickman, was released on March 8th  He obtained copies of the warrant and published those on the Citizen-Times website without redacting his personal information, including his address and social security number. Though the warrants are public information, should he have released those personal details?

While Asheville is known for its many accolades and top 10 listings in tourism publications, this is one story the City isn't proud of at it makes its way through national media.  Here are some of the headlines: