“Cooked up too quickly”; “We’ve seen it all before”
By Roger McCredie 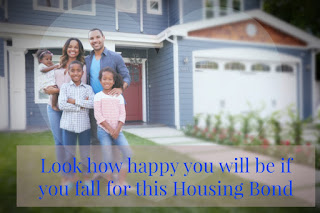 (Second in a series of articles examining the proposed city bonds up for approval in the general election)
The City of Asheville, which prides itself on fostering diversity, may have gotten an unexpected dose of it in promoting its “affordable housing” bond.
Both Cecil Bothwell, who is possibly the most vocally progressive member of Asheville City Council, and leaders of Asheville’s black community have now gone on record opposing the $25 million bond, one of a trio of bonds totaling $74 million that are up for approval in the November 8 general election.
The Asheville Area Chamber of Commerce’s website illustrates its pitch for the bonds with a photograph of a mother and her two daughters smiling proudly next to the front door of a new home.  The inference is clear:  a vote for the $25 million bond is a vote for helping people realize the American dream.
In fact, the bond offers no clear pathway to relief of Asheville’s affordable housing crisis, in terms of either homes or rental units.
What it proposes is the setting aside of moneys to be used for two broad purposes:  $10 million would go into a housing trust fund and the remaining $15 million towards “repurposing” of city-owned land for affordable housing” along South Charlotte Street.
The housing trust fund could be tapped as loans by builders or developers, provided they promise to make a percentage of a given project “affordable” – either in terms of rent, for apartments, or price, for houses – for the duration of the loan.  Once the loan is repaid, over a term of from three to 20 years, the builder will be free to set rents or prices.
Livin’ at the Taj-Ma-Garage
Among the repurposing suggestions set out for the South Charlotte Street corridor is the transformation of the city’s public works building at 161 South Charlotte into a complex of up to 400 affordable rental units.  The city does not specify whether this would involve razing the existing structure or simply renovating it. The sprawling brick complex, often referred to by locals as “the Taj Ma-Garage”, was constructed in the late 1980’s.
The city would then construct an entirely new public works facility further down the street, at a projected cost of $14 to $15 million.
“Cooked up too quickly”
“I know the housing bond is well intentioned, but deeply question both the success of Asheville in boosting affordability, and a proposal that accounts for a big chunk of the housing bond,” Bothwell said in a Facebook post announcing his decision not to vote for it.
“An estimated $14-15 million to relocate seems like an enormous cost, both financially and environmentally. I think this idea was cooked up too quickly and with too little analysis. So I voted no."
“We’ve heard it all before”
“You’ve got to include taxes in the formula for what all this is going to cost,” said Black businesswoman and political activist Dee Williams.  “It’s not free. It’s diametrically the opposite of affordability.
“I read the [bond] language and I voted against it. We’ve seen and heard it all before,” Williams said.  “We’ll fix this and we’ll fix that.  This is actually city-sponsored gentrification.”
Williams said it was “really ironic” that the South Charlotte Street corridor was once a main thoroughfare of a thriving black commercial and residential district that was bulldozed by the city in the 1980’s in the interest of urban renewal.
Another Black community activist, Delores Venable, said simply, “[There is] nothing benefiting our existence with this referendum.”
# # # # #