City of Asheville Budget Highlights - where does the money go?

Today is the 3rd and last budget worksession meeting held by the City of Asheville as they prepare to release the first draft of the 2017 fiscal year budget.  It will cover the Capital Improvements Program (see below) which last year was $27 million of the operating budget.

Here are some important numbers to keep track of as we go into this year's budget:

What projects get paid out of this?  Here are the main projects: 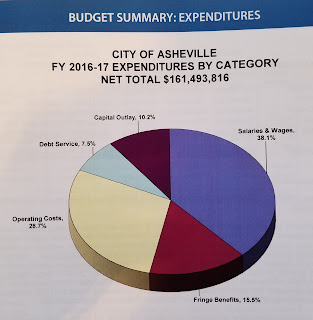