And Other Implications of the 2017 Campaign Season

On February 21, incumbent Asheville mayor Esther Manheimer announced plans to run for a second term this November. And for a while there seemed to be a real possibility that she would walk right into it.

She simply had no opponents. Candidate-wise, the local Republican Party was missing in action. No unaffiliated or third-party candidates came forward. Within the Democratic Party establishment, Manheimer was up to her signature slimline spectacles in endorsements and connections. And she was clad in the armor of four years as mayor and four previous years as a city councilor, including two as vice mayor.

Manheimer is considered both smart and ambitious (She does, after all, work as a land use/foreclosure lawyer for the prestigious Van Winkle law firm and she was just re-elected chair of the North Carolina Metropolitan Mayors Coalition.) She’s been credited with saving Asheville’s water system from a state takeover, staving off (so far) state-mandated voting districts, and selling city taxpayers on $74 million worth of general obligation bonds. To many she’s the poster child of Asheville yuppie progressivism.


Some Say the Bloom is off the Rose

Shortly after she was elected mayor in 2013, Manheimer was depicted as a ship’s figurehead in a local cartoon. That’s how she has been described by both further-left members of her own party, who consider her a PINO (Progressive in Name Only), and by city government critics who say she serves as rubber-stamp-in-chief for city manager Gary Jackson.

And her copybook has some blots: Maheimer acquiesced in both the city’s seizure of Pack Place and the Art Museum’s attempt to sell naming rights to parts of Pack Square. Both the ongoing bond lawsuit and the $26 million RADTIP overrun boondoggle have taken place on her watch and she just voted to tap into the city’s “rainy day fund” to the tune of $441,000 for a new transit contract and was a staunch supporter of rezoning the River Arts District with form based code - something many property owners personally opposed in the July 25th City Council meeting. A few weeks ago she may have been poised to coast into a second term without having to defend her record, but that’s no longer the case.

Suddenly there are three other candidates in the race for mayor. That forces an October 10 primary to eliminate two of the four. Of those at least one candidate appears fully capable of going the distance (see below). The mayor now has a fight on her hands.


First There Was One

Jonathan Wainscott announced his intention to run against Manheimer in early June, causing a fair amount of eye-rolling and cries of “Siddown!” from the local political establishment.

Wainscott ran for city council in 2013 as a sort of anti-New Belgium populist and became a neighborhood spokesperson for those adversely affected by the brewery’s construction. He proved to be an eloquent and highly informed candidate but many felt he undermined his own campaign through a combination of intemperate utterances and personal problems.

He lay low from then until a few months ago, pursuing jobs as a woodworker and freelance artist, but has now eased back into circulation, mostly through social media. His Facebook-issued campaign announcement read:


“I believe that as a largely figurehead position, I better represent the unique spirit of unique uniqueness here, in Asheville. I like Esther Mannheimer for her dry wit and excellent haircuts, but her expertise as a lawyer is, well, unnecessary. There are plenty of lawyers in government already … They are over represented. I think an artist as Mayor is a better choice.”

He also said he advocates “Revoking the room occupancy tax and turning down the heat on the tourism blast furnace … adopting “Stairway To Heaven” as the official song of Asheville … firing Gary Jackson and others in city staff, and getting out of the Art Museum racket.”

Following his announcement Wainscott appeared at a city council meeting, clean-cut and blue-blazered, to deliver a dead-serious and highly articulate commentary on the city’s $26 million RADTIP shortfall. The consensus, though, is that he’s a talented gadfly but lacks the experience and the gravitas to be a mayor. For now, anyway.

Another mayoral hopeful is Martin Ramsey, who ran for mayor in 2013, finishing a distant third in the primary behind Manheimer and former city risk manager John Miall. It was, in fact, Ramsey’s last minute filing in 2013 that forced a primary, just as it did this year.


“I, for one, have had quite enough of functionaries, lawyers, and corporate technocrats dictating policy and debate at every level of our government,” Ramsey said then. “Given the circumstances surrounding our city in dealing with a hostile General Assembly, the rewriting of our local election system, corporate welfare, police misconduct, expensive housing, and an over investment in an ecologically and economically unsustainable tourist economy, I could not allow this race to proceed without a meaningful debate on these issues.”

This year he’s back with the same message. “Our city deserves a frank discussion of the very real issues facing us and not a victory lap … I’m not afraid to fight and lose, but I’ll fight instead of giving up beforehand. I hope that you will hear, engage, and stand up. I’m an independent and a socialist and I’m running,” Ramsey said.

Ramsey appears to have no campaign machinery in place beyond posts on social media and seasoned politicos point out that conversations about issues do not equal fixing issues, and debates alone don’t win elections.

The real potential game-changer occurred just hours before the filing deadline, when Jonathan Glover threw his hat in the ring. 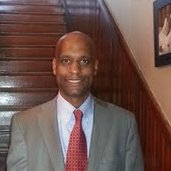 Glover, 42, may be a political newbie but he’s a local civic heavyweight. He’s a past chairman of the Housing Authority of the City of Asheville and a former member of the city’s Board of Adjustments. He’s been a member of the executive board of Asheville-Buncombe Vision and a past chairman of the Diversity Advisory Council of Carolina Day School (of which he’s a graduate). He’s a volunteer with Caring for Children and a past board member of the North Carolina Arboretum. And he just ended a 20-year stint as an intercollegiate soccer official.

“I did a lot of volunteering,” he says. “Still do. I got into it at first because I wasn’t making much money but I wanted to contribute something, so I gave what I could, which was my time. That was more rewarding than writing a check anyway, so I still do it.”

A graduate of Catawba College, he spent four years as a financial advisor with Merrill Lynch and a year at Morgan Stanley. Presently he’s a mortgage loan advisor with Mortgage Planning Group and is also a software consultant with Toshiba Business Solutions.

Party-wise, Glover is unaffiliated.  He considers himself fiscally responsible.  [Asheville is] is a mess,” he says, “But it’s not an impossible mess.  We need to reprioritize some things.  I care a lot about those who have been left behind and I want all Asheville citizens to succeed and will work hard toward those goals.

Especially,” Glover says, “we need to create new jobs. Not service industry jobs, but sustainable jobs. Jobs that can support people. We need to look out for the people who live here. Charity begins at home.

“I learned so much of this from being around Watt Daddy [legendary black community leader and city councilman Herb “Watt Daddy” Watts] growing up,” Glover says. “He was like a second father to me.

“It sounds like a small thing, but I’d also like to see us lose the term ‘affordable housing.’ People are reluctant to sign up for it because it leads to labelling; it carries a stigma. And it puts developers off. Let’s not just create community housing, let’s think of something more positive to call it,” Glover says.


The Whole Election: Is For-Real Diversity Here to Stay?

Two incumbent city council members, Vice Mayor Gwen Wisler and two-termer Cecil Bothwell, are up for re-election. (Councilman Gordon Smith would have made three but he opted out.)

Bothwell, through sheer crankiness and unpredictability, has become something of an institution; Wisler has emerged as Manheimer’s wingman and, in some cases, as council’s conscience. Both have the weight of their incumbency behind them.

But the unexpectedly large field of challengers includes four ethnic minority candidates and a total of six women, making it possibly the most diverse slate in Asheville history. For voters whose principal aim is seeking to change the dominant face of city council, the announced candidates offer clear possibilities.


Straws in the Wind

Politics is a field where possibility and reality vie for dominance on any given day. There is a possibility that the 2017 election could see a controlling majority of four minority newcomers swept into office. The reality is that won’t be easy. But the very fact that such diversity is emerging in a city government election in Asheville, North Carolina, is being seen by local observers as an indicator of a fundamental shift in public thinking.